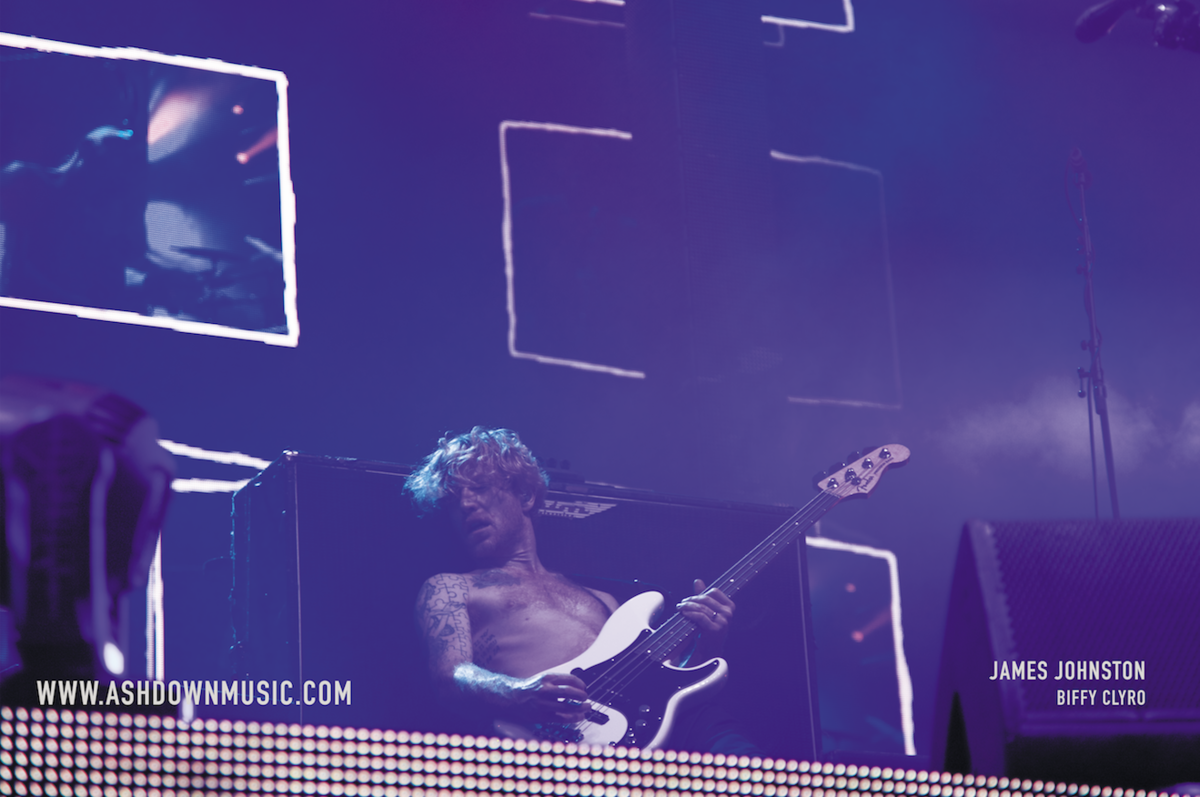 James Johnston
James is bass player with one of the biggest bands of the moment Biffy Clyro.

After their first three albums, the band expanded their following significantly with the release of their fourth, Puzzle in 2007 creating more mainstream songs with simpler rhythms and distancing themselves from their more unusual dissonant style that was present in the previous three albums. Puzzle peaked at number 2 on the official UK album charts on 16 June 2007. The album went Gold in the UK, selling over 100,000 units and later went Platinum in the UK in 2012 selling over 300,000 copies. Biffy Clyro's popularity was built upon further in 2008 and 2009 with the release of the singles "Mountains" and "That Golden Rule", which both reached the top 10 of the UK singles chart.