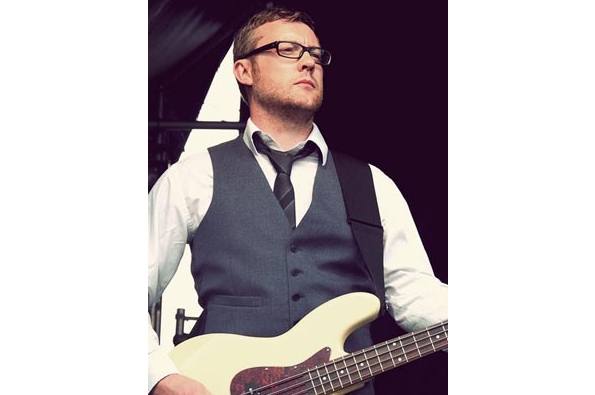 Russ ‘Rusty’ Grooms
Lucky Soul are a British six-piece pop band based in South East London. Formed in 2005, the band consists of Ali Howard on vocals, Andrew Laidlaw and Ivor Sims on guitars, Russell Grooms on bass and Paul Atkins on drums, with the recent addition of Art Terry on keys.

The band have performed numerous live dates in the UK and overseas and, on 20 June 2007, were one of the first acts to perform at The O2, as part of Greenwich Council's soft launch event. They also supported Bryan Ferry on his Dylanesque tour that same year. They have since toured in Spain, Italy, Germany, Sweden, Japan, the United States and Russia, where they performed at the Kinotavr Film Festival in Sochi.

After a seven-year hiatus, they announced their return with their third album, Hard Lines, released on 11 August 2017.
Russ proudly uses...
Like what you see?
View all artists