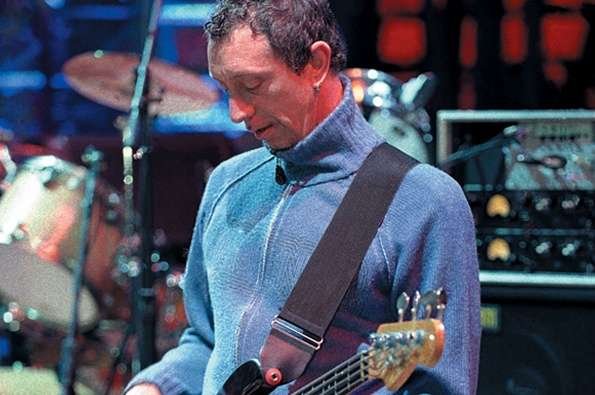 Pino Palladino
Giuseppe Henry "Pino" Palladino (born 17 October 1957) is a Welsh bassist. A prolific session musician, he is probably best known for playing with The Who (following the death of founding member John Entwistle) from 2002 to 2016. Born in Cardiff to an Italian father from Campobasso and a Welsh mother, Palladino began playing electric guitar at age 14 and bass guitar at 17. He bought his first fretless bass one year later, playing mostly R&B, funk, and reggae with a rock and roll backbeat.
The UK's fretless bass supremo Pino Palladino made his first acquaintance with an Ashdown amplifier when he stopped off at Dan Lakin Bass workshop in Chicago while on tour with R&B star D'Angelo. Dan, an owner of two Ashdown heads himself, organised an ABM900 for Pino to try. Love at first listen was the happy outcome and Pino's been using his Ashdown ever since.
Pino proudly uses...
Like what you see?
View all artists