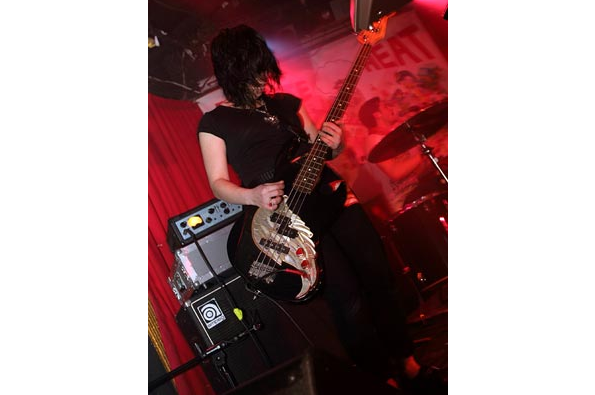 Nicole Bettencourt Coelho
"Nicole has been globe trotting and playing bass for the past 10 years. Now London based, plays effects heavy bass and other instruments in a band called Vuvuvultures. Nicole also played on debut Delooze album -Produced by Dom Morley and featuring members of Florence and the Machine, Southbank Sinfonietta and Gnarls Barkley. "My influences seem to change all the time, but consistently hats off to Tom Waits, The Doors, Led Zeppelin, Beach Boys, Death from Above, 1979, Black Sabbath, Nirvana, Joy Division, The Beatles, The Police, The Cramps, Latino and all things Tarantino soundtracky… Also.. very very very hard hitting big beats / noise where they only play one note really (but it's a good one) ""