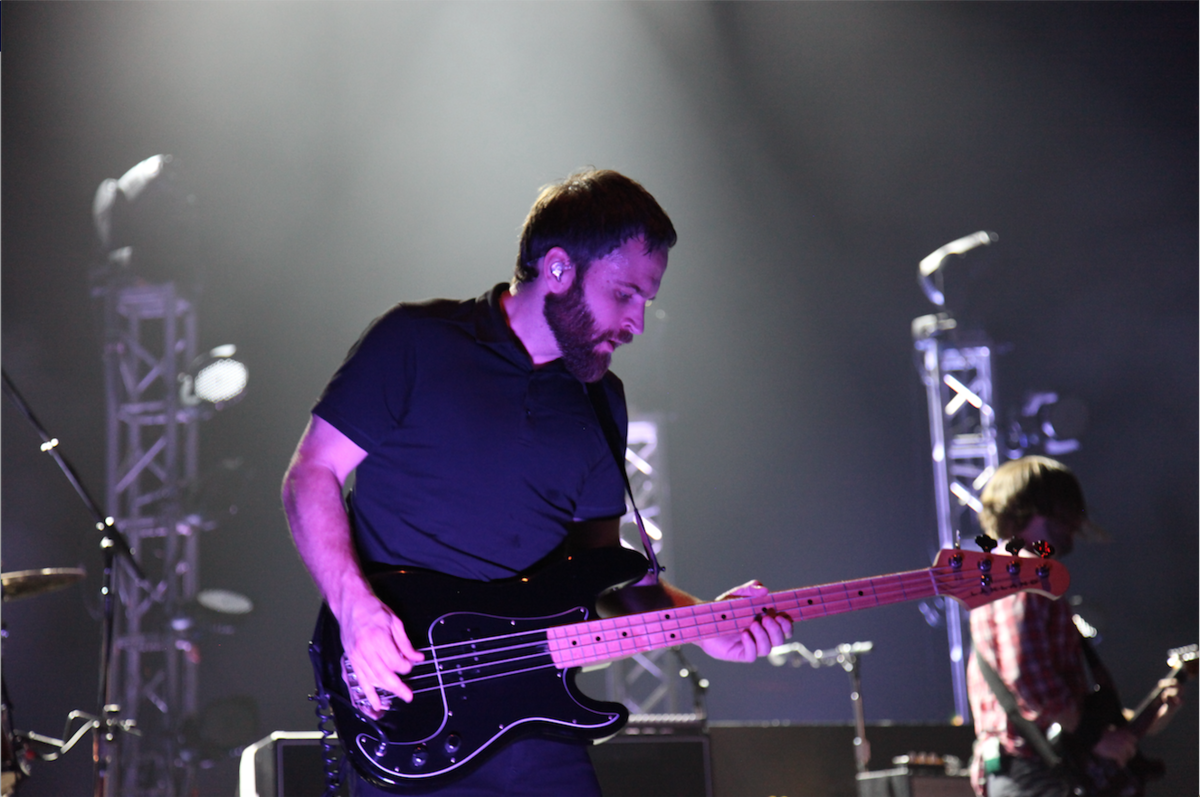 Nick Harmer
Death Cab for Cutie began as a solo project of Ben Gibbard while he was the guitar player for the band Pinwheel and was recording under the name All-Time Quarterback.

As Death Cab for Cutie, Gibbard released a cassette titled You Can Play These Songs with Chords; the release was surprisingly successful and Gibbard decided to expand the project into a complete band. He recruited Chris Walla (who had also worked on the cassette) as lead guitarist, Nick Harmer as bass player, and Nathan Good as drummer . Death Cab for Cutie was officially formed at Western Washington University in Bellingham, Washington, and lyrics from early songs include local references that were important to the band's development. Many of the early songs were recorded in the basement of an Ellis Street home Gibbard lived in with several roommates in Bellingham