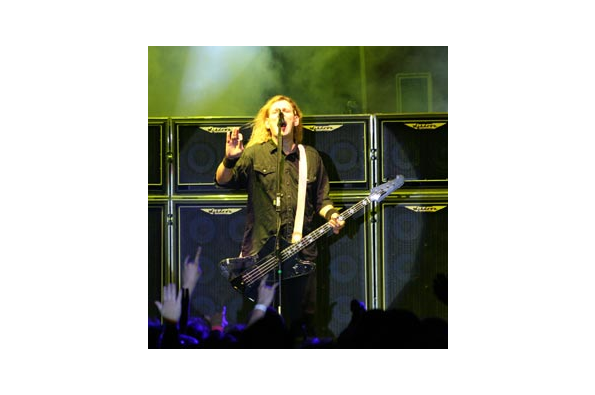 Tankcsapda was formed in 1989, in Debrecen, Hungary. The group started off as a power trio with only drums, bass and guitar playing punk rock, but continuously expanded their repertoire with different elements of rock music. They initially performed in small venues and published their album on small independent labels. The band's first important commercial development came in 1995, with the release of their fourth album, Az Ember Tervez (Man Proposes), which has become the first gold record for Tankcsapda.

In 2003, they finally crossed over to the mainstream, with the release of their Élni vagy Égni (To Live or to Burn) album, and two singles off this record: "Be Vagyok Rúgva" ("I'm Drunk") and "Örökké Tart" ("Lasts Forever"). After the mainstream-breaking album of 2003 and the very successful compilation album that followed, they took a left turn and released one of their heaviest albums to date, Mindenki Vár Valamit (Everyone's Waiting for Something), succeeded by a live album Elektromágnes (Electromagnet). Their newest album, released in October 2009, is Minden Jót (Best Wishes). Tankcsapda completed its first US tour in the fall of 2015 with Sledgeback.
László proudly uses...
Like what you see?
View all artists