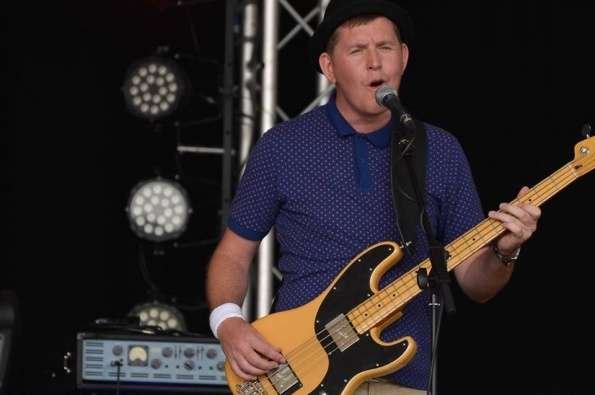 Nottingham born and London based, Heavyball are a hard rocking 'New Tone' band, fronted by Bigface on guitar and vocals with his brother Habs on drums and best mate Johnny Iball on bass. 2014 saw them joined by Tom 'Stone Cold' Frost on lead guitar.

Heavyball have toured with the Kaiser Chiefs in the UK and Europe. They have shared stages with Ska legends The Selecter, soul king Geno Washington and britpop kings Dodgy. Heavyball's addictive melodies and energetic live performances has seen them play festivals all over the UK and headlining Harlem Shuffle festival in the Netherlands.

Championed by BBC 6 Music's Chris Hawkins, they have also been played by influetncial DJs such as Tom Robinson, Gary Crowley and Dean Jackson.
Johnny proudly uses...
Like what you see?
View all artists