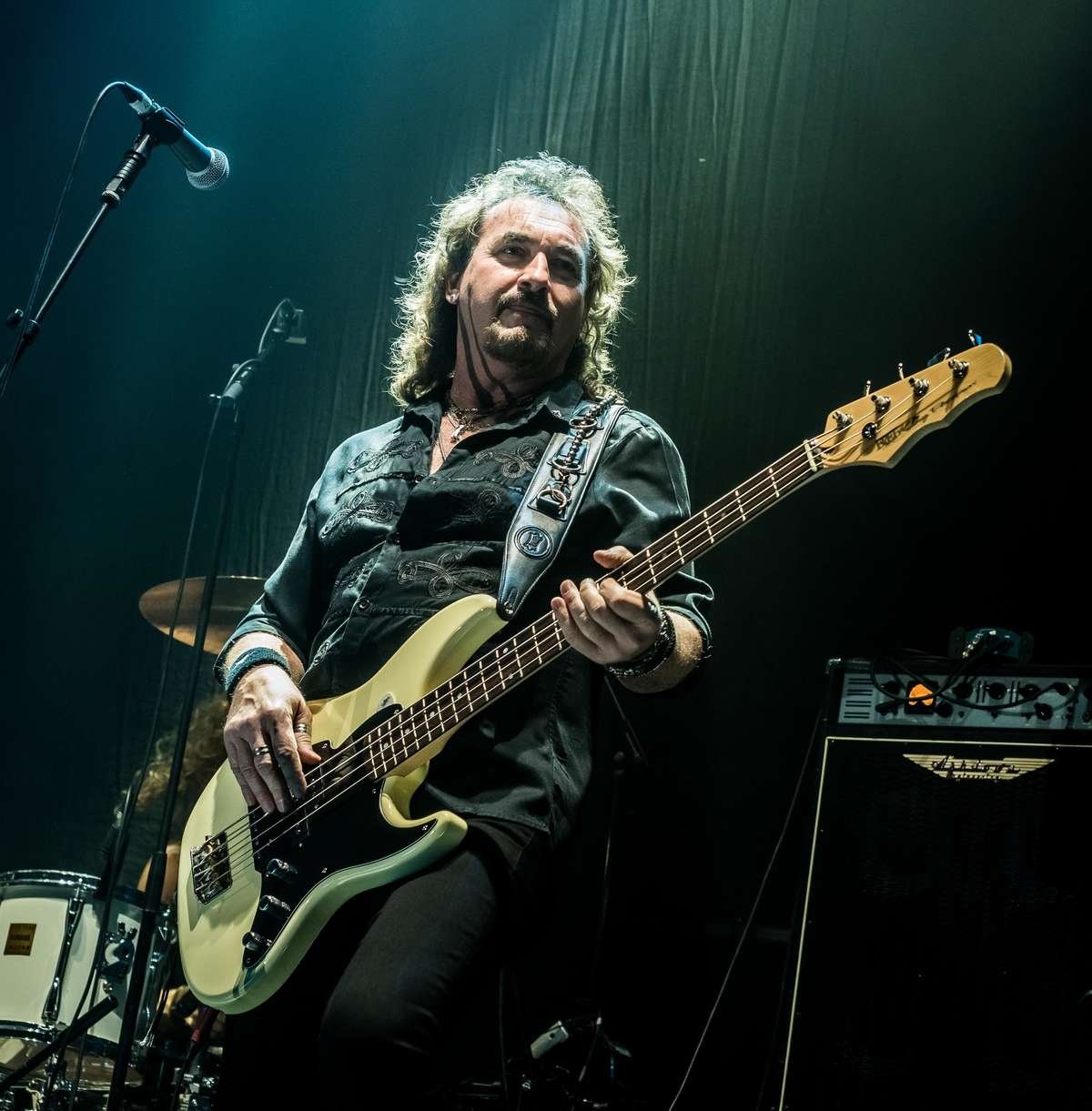 Jeff Brown
Born in London, Jeff got his first bass guitar at the age of 14 and grew up listening to rock music, citing some of his influences to be bands like Deep Purple, Free and Slade. Currently launching a solo career with his debut album, "23 Years" and touring the world with Cats in Space, Glam Rock Super group, The Original Jukebox Heroes and a continuation of sixties beat group, The Tremeloes, affectionately dubbed, The TREMS.

Jeff is a musician with many years’ experience. He has played alongside a plethora of Rock Icons including Ian Gillan (Deep Purple), Bernie Marsden (Whitesnake) and John Coghlan (Status Quo) to name but a few. He was a formidable player during the New Wave of British Heavy Metal explosion in the early eighties providing bass and backing vocals for Wildfire and Statetrooper. He then joined Glam Rock band, Sweet alongside Mick Tucker and Andy Scott as bass player, ultimately stepping into the frontline and taking over lead vocals coupled with playing bass. He was in Sweet for 16 years and helped them to achieve a very successful comeback releasing two studio albums of new material and two greatest hits compilations, re-recorded with Jeff on vocal.
Visit Jeff's Website
Jeff proudly uses...
Like what you see?
View all artists