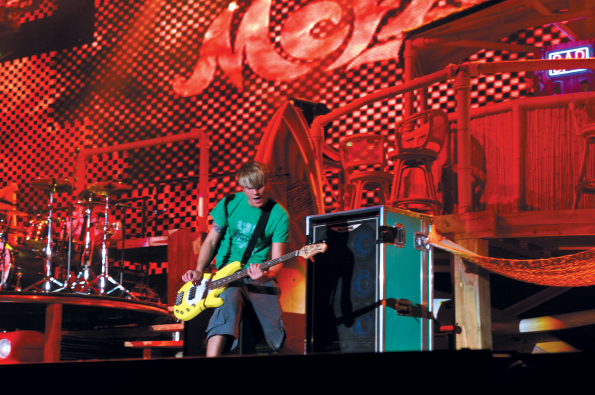 Dougie Poynter
Dougie is bassist of pop band McFly, also providing backing, and on occasion, lead vocals. He has co-writer credits on many of McFly's tracks, including the lead writer credit on their 2007 number one single "Transylvania." Poynter has called "Transylvania" his favourite song that he has written. Poynter also wrote an unrecorded track called Silence Is A Scary Sound, which features as a live recording on their third studio album Motion In The Ocean. The youngest member of the band, Poynter was also the last to enter it when Danny Jones and Tom Fletcher, who already had been signed to a record deal with Island, held auditions for a bassist and drummer. Poynter was 15 when he joined the band. Because of his young age, Dougie and the other members of McFly hold the record for the youngest band to ever have a debut album go straight to number one, a record previously held by The Beatles.