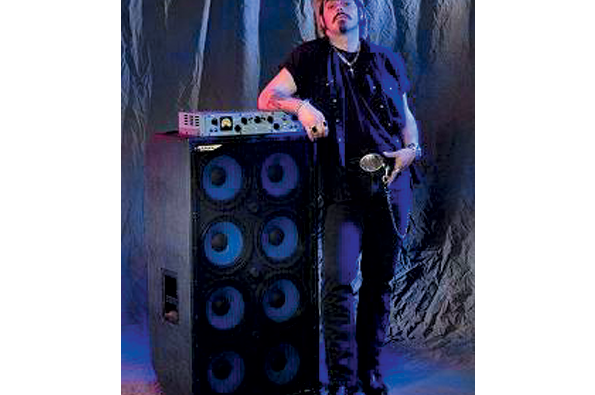 Bob Rutherford
Hey Y'all, Just a quick update about some of the recent goin's on around the ol' Dallas world, including some really cool stuff, the passing of a Southern Rock Legend, and BIG Upcoming shows!! We'll start with sumthin' good.... Labour Day Weekend we played to a packed house at The Swamp in Louisville, KY and then road the bikes down to Nashville for a little one night getaway and ended up at an impromtu performance at Tootsie's Orchid Lounge by none other than Ol' Bocephus Himself Hank Williams Jr.!!! Hank was in true Bocephus form when he took the stage to jam on Marshall Tucker Band's "Take The Highway". When he spotted my Hank Sr. and Waylon tattoos, he kept pointin at 'em and sayin' "I understand son." It was a great time and totally unexpected. A photo was taken on Heather's cell phone. It's kinda dark as was Tootsie's on this night but hopefully y'all can make it out. What a great weekend and thanks to everyone who packed The Swamp and to our Redneck Ridin' Crew that made the trip to Nashville such a great time!!

Next up, we are very sad to report that Hughie Thomasson, Leader of Southern Rock Legends, The Outlaws, passed away at his home in Florida recently. We had the chance to open for Hughie, both with The Outlaws and when he was in Lynyrd Skynyrd, most recently at The Surf Ballroom in Clearlake, Iowa with the Outlaws 30th Anniversary Reunion Tour. Our thoughts and prayers go out to Hughie and his family and we are dedicating our version of "There Goes Another Love Song" to them each night in our set. Green Grass And High Tides Forever!!
Finally don't forget two of the biggest end of summer bashes coming up ... first, on Saturday the 22nd, we''ll be at Aces and Eights Harley Davidson with Jackyl for the 2007 Rumble Rally!! This one's FREE, open to all ages and the music goes all day long with our great friends Big in Iowa, Liquid Fire and Blackstone Cherry!! Live stunts from the Psychobuells, vendors galore, LOTS of food and COLD BEER!! Absolutely not to be missed!!
Then, just when ya spend a week dustin' off and recoverin', we're takin' over B.A.R. Customs in Lebanon, Oh on Sturday the 29th for their Grand Opening/Open House!! This will be the 1st Annual, Beer, Babes and Burnouts Bash and we'll be breakin it in right with music from our buddies in Wreeking Havoc, and bike washing by The Chrome Divas!! Get amongst it, raise hell and slang gravel!!
Don't forget to check out our tour dates page for all other dates this month at our favorite honky tonks around the tri-state and join us for some hellraisin' good times!!
Also we want to thank Road Wheeler Magazine and remind y'all to pick up a copy of the Sept. issue, as we have a few pics included and also the August Issue of Biker Magazine had pics and a write up from our buddy and photographer extraordinaire IRV THE PERV!! Check 'em out while ya can!
That's all for now, Y'all check back and be lookin' for the October Newsletter comin' at ya soon!!
See ya down the road,
DALLAS
Bob proudly uses...
Like what you see?
View all artists